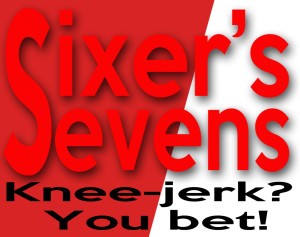 John McCormick writes:  Another clean sheet, another game with more than one goal. Only Charlton’s last minute winner did anything to mar what was a good day all round. Pete Sixsmith texted at half time that to say that this game was a bit scrappy but his post-game seven worder suggests his full match report will be a bit more optimistic:

Monsieur Salut writes: when this is published, I shall be thousands of miles away in the UAE, somewhere between Abu Dhabi and Dubai. I may be celebrating from afar two great home wins to make up for the stumble versus Blackpool. The resident thorn in our sides, Brian, may be eating some of his anti-Jack Ross words. I may not be celebrating; he may not feel hungry (and the quick update, written from afar, is that one win and two draws was not a great return on such an open goal of a home run).

Jim Chappell*, our Bristol Rovers ‘Who are You?’ volunteer, is the ultimate fan. Chairman of his team’s supporters’ club for nearly 30 years, he hasn’t missed a home game since 1972.

Jim answered our questions before I went on holiday. His replies will cover both of Sunderland’s forthcoming games at the Memorial Stadium, Saturday’s League One tie and the Checkatrade Trophy semi-final on March 5.

I may go back to him for a between-games update on his thoughts. Jim niftily shortened the usual questions and did so in such an effective fashion that there is no need to reinstate them in full …

Read moreThe Bristol Rovers Who are You?: ´the day Sunderland trashed our dressing room’

Welcome once again to Salut! Sunderland‘s prize Guess the Score competition as Jack Ross takes the lads to the first of two games in quick succession at Bristol Rovers. Read on and you’ll see it is a special edition of the competition covering both matches.

This is being written before either the Accrington Stanley or Gillingham home ties – Monsieur Salut is away from Feb 16 to 23 inclusive – so you, the readers, are in a better position to judge how we are likely to fare at the Memorial Stadium.

Read moreBristol Rovers vs Sunderland Guess the Score. Aim for a prize-winning double

John McCormick writes: For 10 minutes I was winning a mug but I was worried, especially as Pete Sixsmith had sent a half time text saying “Our defending is barely Northern League standard”. Then we got that second pen and I began to relax a little, even though that mug was mine no longer. As for Pete, he found something to celebrate – in muted terms – in another text at the end of the match

Read moreSixer’s Sevens: Gillingham shown what for as Will Grigg steps up

Off on holiday the morning after the Accrington Stanley game, Monsieur Salut presents a pre-prepared edition of prize Guess the Score, with Gillingham condemned to the long midweek trek north …

When Sunderland travelled to Gillingham back in August, the emphatic 4-1 win was the third of the new season and seemed likely to be followed by a smooth ascent into the top two. They scored first but even that early setback was nullified a minute later as we romped to victory.

Peterborough and Portsmouth had won their first four games, so SAFC had to settle that evening for fourth place, having dropped one point. But it was reasonable to expect the leaders would fade as we continued to assert ourselves under new management and new ownership, with a fresh-looking squad.

Twelve more League One draws later (as I write, prior to the Accrington Stanley game), we know how that expectation came unstuck.

Read moreSixer’s Soapbox: Accrington have bottle. What about Sunderland?

John McCormick writes: this game coincides with the start of a real ale festival at the Masonic and I thought to wander down there, have a couple of beers, maybe three, and enjoy the game and the craic.  Circumstances dictated otherwise but I did manage to watch the game.  Did I enjoy it? Let’s make an informed guess, based on a seven-word text sent immediately post-match by Pete Sixsmith

Monsieur Salut takes up the story: two goals down against commendable but less than mighty opposition, I wondered whether our season was over. OK, the playoffs – but who wants that? That we clawed our way back to a draw spared humiliation but not a deepening concern. It feels like a mini-crisis …

Two losing scorelines were submitted for the Blackpool game, and they came from a known Sunderland supporter and from “Brian”, who insists he is also one of us, just a hypercritical one of us.

There was not prizewinner on Tuesday night. No one thought it would end 1-1.

And nor did I when the Blackpool goal went in and there was no immediate response. At 70 minutes, I decided the next 10 would be crucial, and so it turned out.

Read moreSunderland vs Accrington Stanley prize Guess the Score. Time for players to raise their games

Read moreAccrington Stanley Who are You?: ‘a Sunderland occasion to relish- at the owner’s expense’

Pete Sixsmith was there to witness the first of three successive home games that could – like it or not – define our season. The first proved a disappointment, yet another draw. And this time we had to come from behind even for that. Monsieur Salut’s headline suggests the obvious question pending our fuller analysis of the match …